As part of the countdown to UK  City of Culture 2017, Hull city centre hosted a spectacular public event. As night fell, a number of angels began to appear, high up on the rooftops.  They took  to the air, magically suspended above the waiting crowd below.

The angels started  to glide down into the audience, releasing white feathers which floated across the sky, the clouds of feathers thickened, creating a sense of awe and wonder. 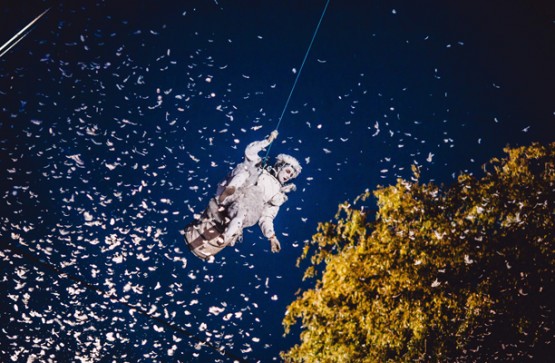 Once the last angel had taken flight, the crowd was showered with a display of feather fireworks. Although the event was free to attend it was ticketed so only a limited number of people were able to experience it at first hand. However by positioning a 360° camera directly beneath the release of feathers we were able to give a much wider audience the same immersive experience to enjoy at their own viewing pleasure.  You can enjoy that experience here too.