SXSW, or South by South West to give it its full name, was launched in 1987 by members of the local newspaper, The Austin Chronicle. Originally intended as a music and arts festival it has quickly grown to become one of the World’s most important events for film, art, music and most importantly for me, interactive media and digital technology.

My brief for the trip was simple ”What’s next?”. Having always been fascinated by innovative digital technology and the impact this has on human behaviour, I was excited to see how large and small businesses are using technology to learn insights from, and reach their customers.

The first thing I realised about SXSW when I booked the trip was the sheer size of it, it is huge!!! It can also be quite daunting. When you look at the schedule there are that many things going on it’s hard to keep focus. Therefore, I broke it down into the following areas of interest; Brands & Marketing, Design, AR/MR/VR (Augmented Reality, Mixed Reality & Virtual Reality), Future Workplace and Intelligent Futures.

I spent 5 days visiting the various events, keynotes, experiences and demonstrations to find out ”what’s next”, but could have easily spent another 5. In a series of blogs, we’ll be giving you a summary of some of the most interesting, cool and innovative things I saw, I hope you enjoy ☺

I was staying approximately a 15-minute walk from the centre of SXSW – the Austin Convention Centre, so, having checked in I dropped my bags off and went to collect my badge and see what SXSW had in store for me.

The first thing I noticed (and was nearly knocked over by one) was the chosen method of transport for all SXSW attendees – the electric bike and scooter share. They were everywhere! There was obviously a battle going on for market share as Uber had their ”JUMP” offering for both electric bicycles and scooters, another company called Lime-s and BIRD all vying for top dog. It was quite strange seeing all of these bikes and scooters just left abandoned around the City.

Having avoided the bikes and scooters I headed over to the SAP ”House”, a converted restaurant which had 2 large interactive screen instalments. Both instalments had been developed in conjunction with the sports brand Under Armour and both featured interactive sports. The first was a running/jumping experience that let you choose the type of footwear you preferred, asked how many times per week you ran and then simulated your running pace, cadence and overall speed onto a large screen. The second experience was even more impressive. It featured 2 digital screen walls and a digital screen on the floor of a basketball court. When the game was fired up the player had to run to the areas on the floor highlighted and shoot for the basket. The screens then relayed the results and vital statistics using some very stunning graphics. 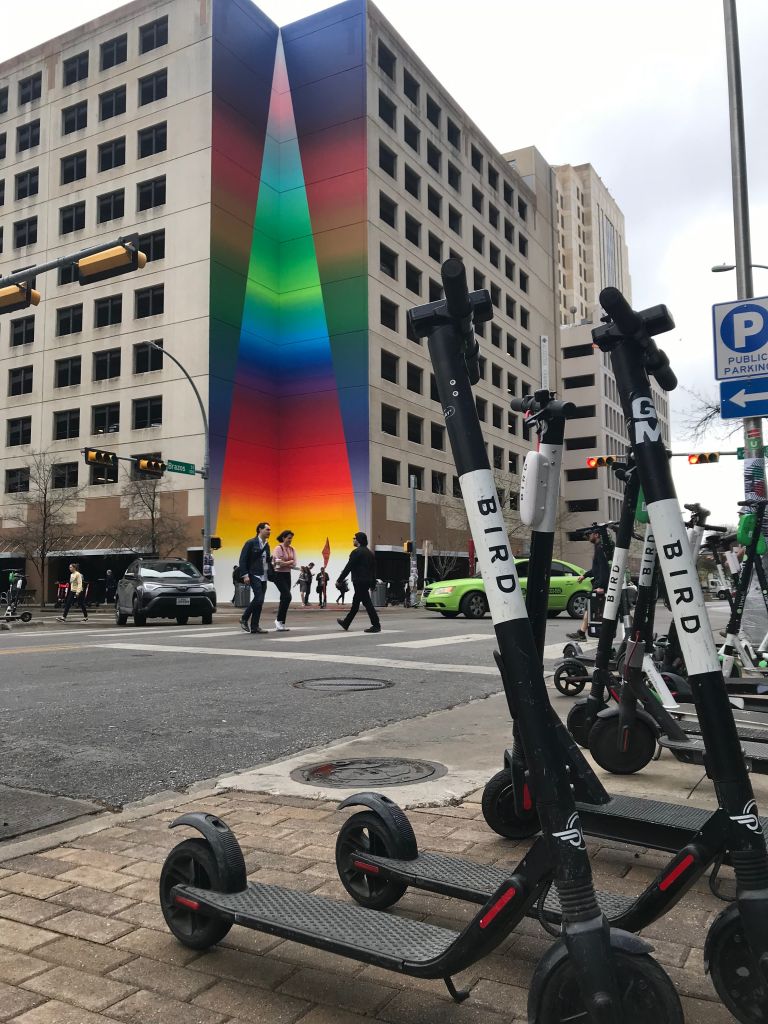 After a relatively quiet start on Day 1, day 2 was a busy one. The day started with a talk by Twitter on the importance of creating social media content that engages your audience so much, that they ultimately end up turning the sound-on.

85% of all content viewed on social media channels is watched with the Sound-Off and a staggering 70% of users on social media will scroll past your content if it doesn’t engage them within the first 3 seconds. When you combine this with the fact that 91% of Millennials will discover the content they want by browsing feeds, it’s extremely important that your content hits the mark. 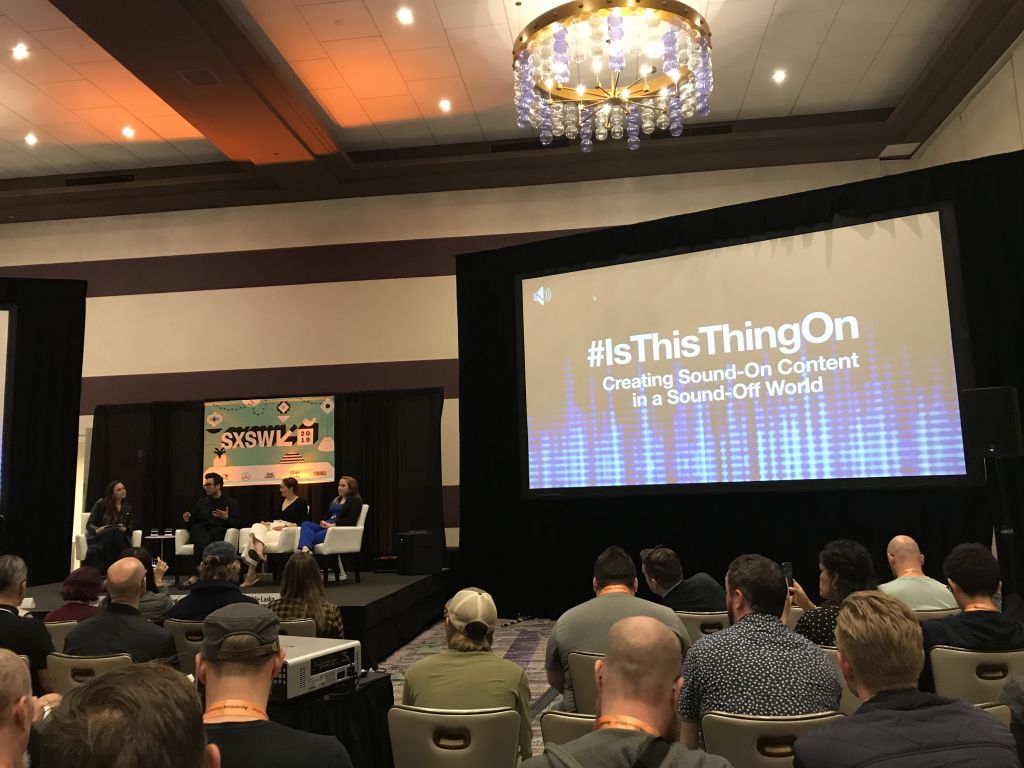 My next stop on day 2 was to check out the Interactive Innovation Award Nominees in the main exhibition hall. This was very inspiring and I wish I’d allowed more time to view all of the exhibits. The first company I came across was WI- CHARGE utilising Infra-Red, this company hopes to revolutionise the way we charge our portable devices. The demo on display was a train set which was powered wirelessly from above via a transmitter with the receiver being attached to the train. They also show cased a Smart Speaker which had a receiver embedded into the device. Although this is a very interesting concept, the fact that all devices need to have the receiver embedded may be a barrier to this breaking through.

Probably the most inspiring exhibit was from My Special Aflac Duck a technology project funded by the Aflac corporation to help children with cancer express their emotions whilst receiving treatment. In participating hospitals, every child who is diagnosed with cancer is entitled to a ”My Special Aflac Duck” free of charge. The duck then acts as a companion when the child undergoes treatment and helps them come to terms with being diagnosed with cancer. As children going through cancer care may struggle to share their emotions, the duck comes with a number of emoji’s that the child can touch onto the duck and the duck will then express that same feeling. There is also an attachment which acts as an IV drip to replicate the treatment the child will receive. The platform also features an app which has a series of interactive games the child can play to help take their mind off their treatment. 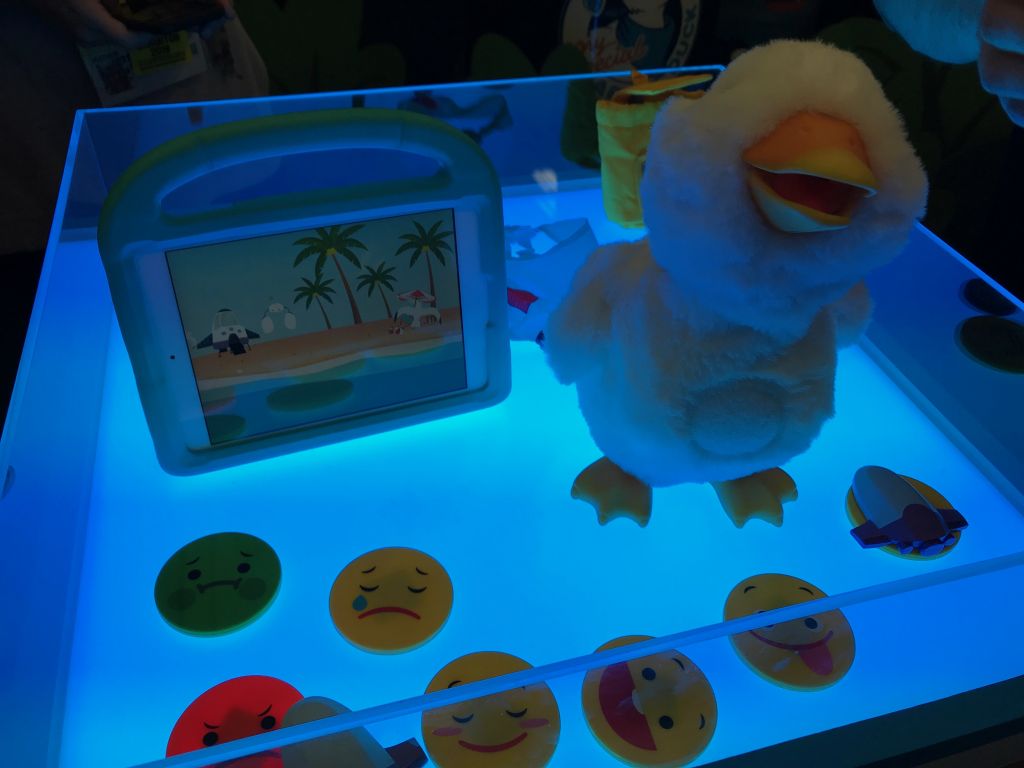 Next to the Aflac stand were Furhat Robotics a company developing robots who can interface with humans. They are using robots to serve customers, recruit staff and even train employees. Although the physical robots themselves look pretty impressive and can change looks and even form (check out the dog), the clever part of Furhat’s offering is their software and Artificial Intelligence (AI) engine that sits behind it. The software learns from the human interactions in a similar way to how Alexa understands your music preferences, or film choices. Check out the video below…

My final stop in the exhibition hall was to view a piece of emerging technology I have been keeping an eye on for a while – Magic Leap. In the past I have been critical of Magic Leap due to the restriction of movement and practicality of the hardware. After testing the kit, I’m still convinced that there are more elegant ways immersive media can be accessed other than having to walk around with a large headset on and carrying a wired PC to your belt.

The example I viewed was titled ”tonandi” and was produced in conjunction with Icelandic musicians Sigur Ros. In the example, organic sea life grew out of the ground and fish swam around your head. You could interact with the visuals by walking through the sea flowers and waving your hands to move the fish. The experience was very immersive, whilst still being able to engage in the environment I was in. The best way I could describe it would be as a halfway point between wearing a VR headset and viewing an AR experience on a mobile device. 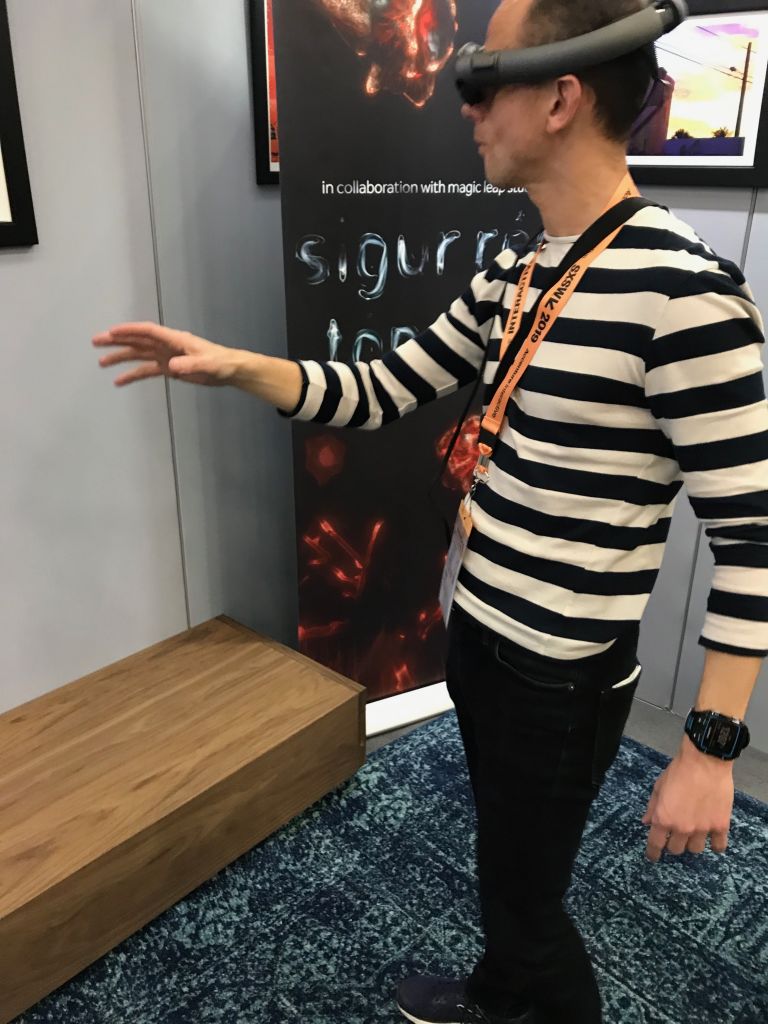 My day concluded with a visit to the Mercedes EQ pop-up event which showcased their electric car and technology. Along with the vehicles (which were very impressive) the event featured 2 ”acts”, the first of which was a ”digital magician/hacker” called Tom Webb or Tom London to give him his stage name. Tom started his show by ”hacking” all of our phones and turning all of our screens different colours, very impressive. The second act was a real highlight for me; Win Butler of the Arcade Fire turned up to DJ! 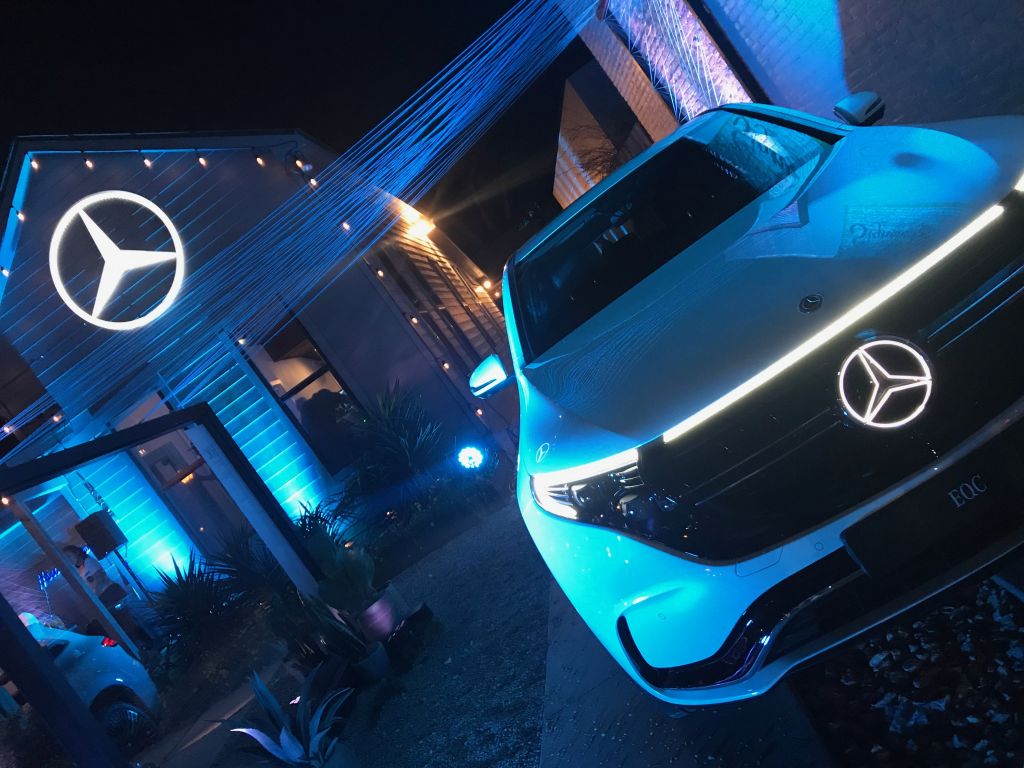 Stay tuned for updates on the rest of the trip in the coming days!