An original comedy sitcom named ‘Keeping up with the Bakers’ took their Instagram followers completely off-guard.  The videos were played episode by episode on their Instagram Story for over eight days to complete their entire short story. Check it out below! (For mobile users, please watch on YouTube app)

The Instagram campaign successfully led to a 360-degree short video, in which the clothing worn by the characters could be purchased from their site.

The sitcom delivered the story of a family of four, the Baker family, who appeared to be living the suburban lifestyle, however, there is more to this than meets the eye.

The campaign captivated their followers. The Bakers’ takeover on social media engaged and encouraged followers to get involved and help invent their own version of the ending to the story with a chance to win prizes, if chosen.

This is an another successful marketing story of utilising tech in a creative way. The campaign was watched 1.9 million times with over 19,000 likes on their Instagram account.  It also created vast engagement with their target audiences through social media shares alongside uplifting their brand image. 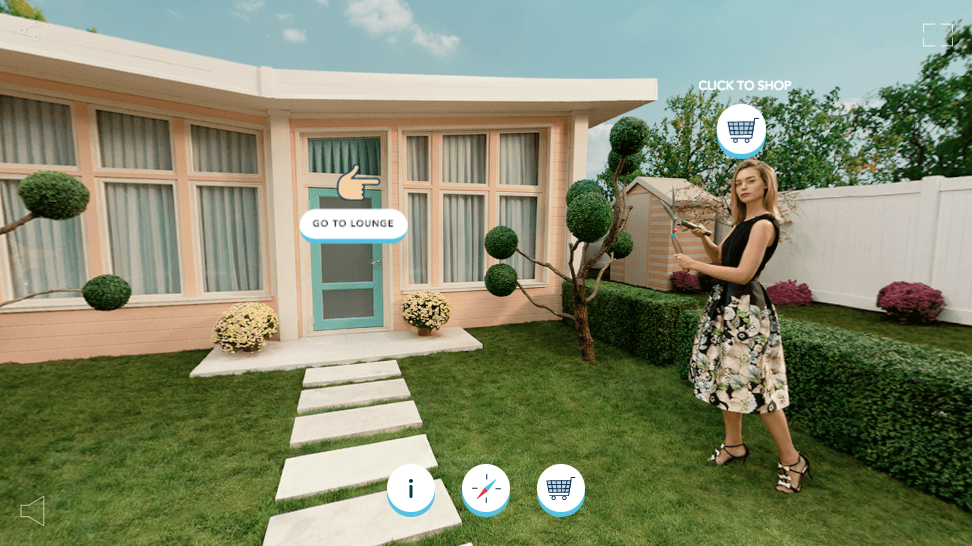 Using VR creatively, could really set your campaign apart from your competitors. With Google Analytics stating 360° videos have a higher click through rate than a regular video, which generates traffic and engagements and we all know that the more the traffic, the better!

For any queries on how VR can help your company, get in touch with us.