We have developed a digital solution to improve poor clinical trial adherence, that is greatly beneficial – and the healthcare industry agrees. The award-winning app has seen an adherence level increase, exceeding the 80% industry target. Read on to find out how we created this solution.

Clinical trials are a vital part of the healthcare and pharmaceutical world – they determine whether or not a drug is suitable to go to market and the success of such trials is paramount therefore in the development of life-saving medication.

The trial itself must be heavily regulated in order to maintain reliability in the results, if errors are made – the results can be distorted and costly in terms of time, money and well being. It is thought that the economic costs of failed clinical trials could reach a staggering $100 billion annually.*

One of the critical factors that contribute towards a successful clinical trial is ‘adherence’ or ‘compliance’. The dosage regimen of trial subjects must therefore be strictly adhered to. However, the maintenance of adherence is a growing challenge amongst pharma companies when carrying out clinical trials. 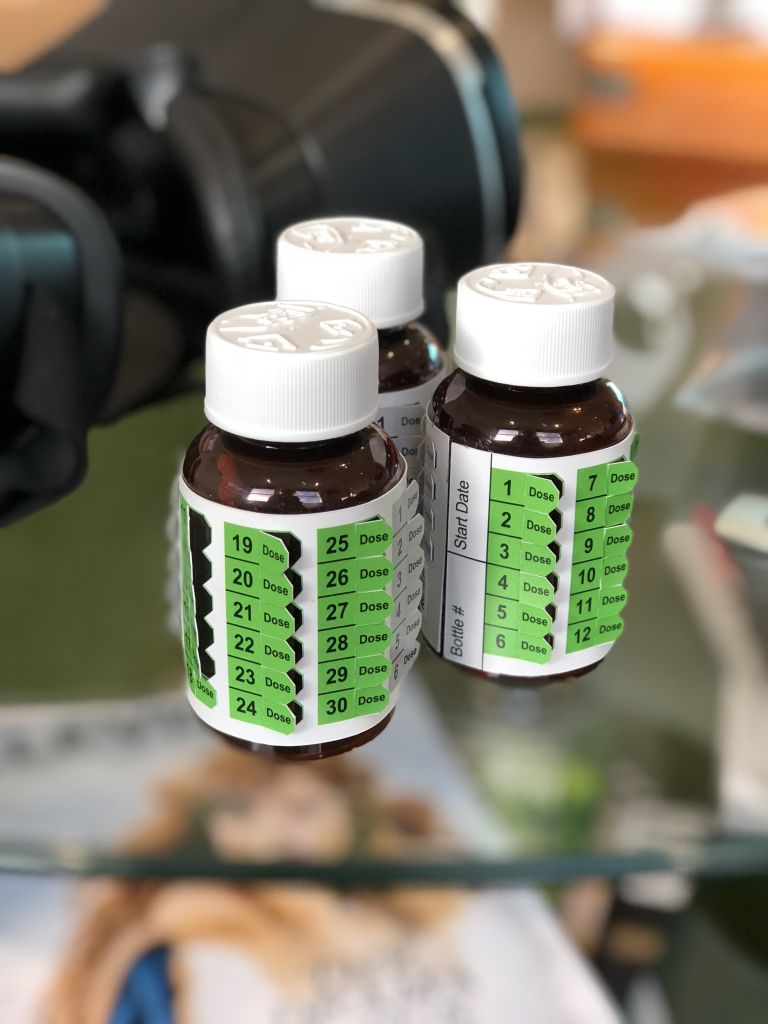 To help solve this issue, certain innovations have been brought to the market aiming to help increase adherence – including timer bottle caps, that flash and ring when it’s time to take a dose. However, these methods have been met with limitations – with some comparing the ringing cap to an alarm clock, which they still end up hitting snooze on anyway. It is implied therefore that although steps have been taken to try and improve adherence, there is still more that can be done.

More recently, developers in the US have released a ‘digital pill’ – the pill has an ingestible sensor that reacts with stomach acid and sends an electrical signal to a patch worn on the body. The patch then sends the date and time of pill ingestion via Bluetooth to an accompanying app. The app allows patients to manually enter details of their environment when taking the medication, such as their mood, how long they had been rested etc. This is then sent to a database to be analysed.

This innovation is a huge step forward; however, it poses significant issues, including what is being described as the biomedical ‘Big Brother’ effect. Is a pill that digitally sends data from your body a slight invasion of privacy? It is also reported that the technology has been designed initially to be used with patients coping with severe mental illnesses such as schizophrenia. However, someone with a mental illness like this, who might suffer from symptoms such as paranoia for example – may not necessarily be inclined to take a form of medicine that transmits data from inside their body – resulting in a reduced willingness to take the medication, making it an ineffective method of increasing adherence. In response, developers noted that “The physician has to be confident the patient can actually manage the system.”

Solving the issue of poor adherence is a long process – but there is a great need for dramatic change in the way that dosage is being monitored to improve compliance levels. Ensuring the methods of improving adherence involve minimal effort for the patient is ideal, as it will increase the chances of the medication actually being taken. If a patient has to input their mood into an app every time they take their dose, it may deter them from being proactive.

Recognising this issue, we developed a clinical trial monitoring app as a solution to this growing industry problem. We collaborated with a US pharma packaging company who produce blister packs for drugs bottles and made the labels ‘smart’. These smart labels can then be scanned by the unique app, which reads the dosage data and sends it in real time to the bespoke analytics portal we also developed. Ultimately, the technology allows a significant amount of error to be removed from the process – by making the inputting of trial data digital rather than manual. As well as this, the app logs data input time and remembers at what point a patient should be taking their medication, how many times a day and at what dosage level. This information is then sent to the trial subject in a reminder, before, at the time of and just after the scheduled dosage time. If too much time has passed, the app will alert the patient not to take the medication – in order to avoid any distortion of trial results.

As analysts in real-time can monitor this data, it allows them to predict the course of the trial, rather than have to look back at the results after the trial has come to an end – and map out where the errors lie.

We believe the digital solution we have developed is greatly beneficial – and the industry agrees. Having trialled the app, adherence level results saw an increase and exceeded the 80% target rate. As well as this, the app has been nominated for three awards, already winning one ‘Digital Innovation’ award in 2017. In addition, two more top 10 global pharma companies have piloted the technology with their own clinical trials process.

If you are interested in the improvement of Clinical Trials adherence or have any questions regarding app development, please get in touch.