Audio AR, the death of websites, AI music & why creative agencies are f****d.

Day 3 started with a visit to the Bose AR Pop-up store which was a converted Airstream camper van, located on Rainey Street, just a short walk from where I was staying. When Bose announced their Audio Augmented Reality offering at last years’ SXSW it was met with much scepticism in the Eon office ‘AR is a visual experience surely’, ‘I’m not convinced by this’ were a few of the comments I recall. However, my opinion (which was one of the previous comments) quickly changed as soon as I tried a pair of the glasses on. The sound was great, very clear but I could still hear the peripheral noise around me. The glasses are sunglasses and come in 2 styles; an angular wider pair (ALTO) and a rounded smaller fitting pair (RONDO). Both feature built-in ‘open ear’ Bose speakers embedded in the arms and an integrated microphone. The glasses connect to your smart phone via Bluetooth and play audio directly from your device or through your chosen streaming service. 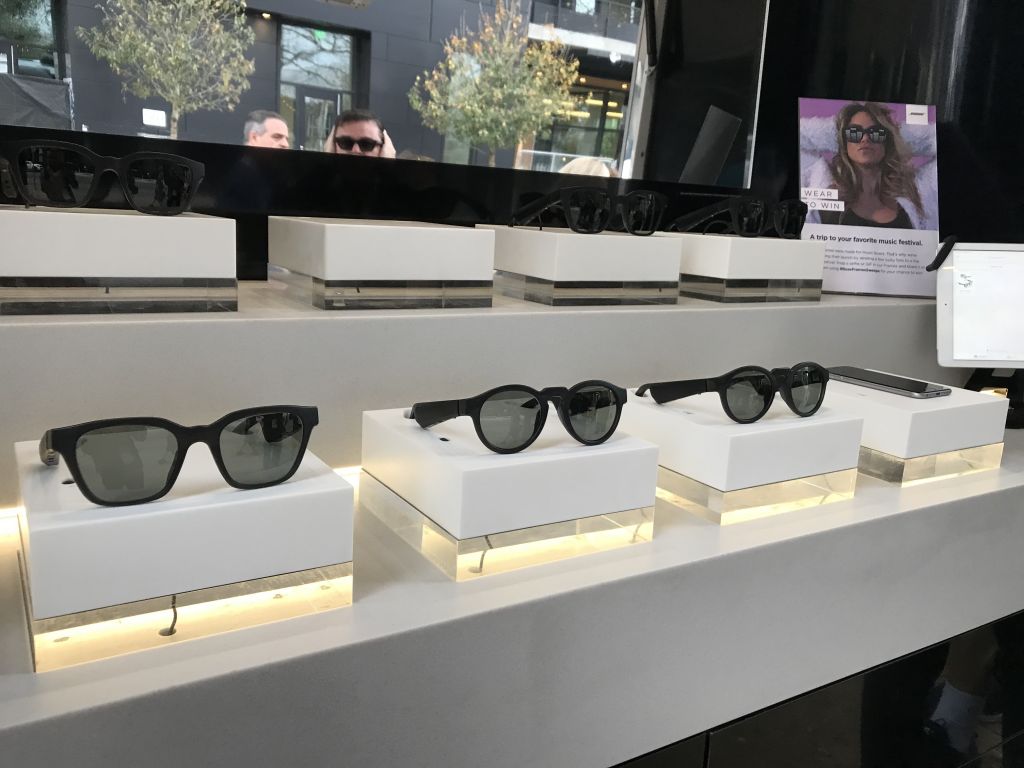 Having been ”sold” on the quality of the Bose AR glasses offering I immediately went on to the ‘Bose Experience’ which was located next door. Here, the partners who had been working closely with Bose were showcasing their apps. The first partner I came across was a company called Walc, who were demonstrating their AR navigation App. Their App works with the Bose AR glasses by highlighting buildings and landmarks as opposed to street directions. By walking down a street the app tracks the direction you are walking in and picks out various landmarks, for example ”turn left at the Starbucks”, ”head towards the Marriott hotel” etc. It’s a great tool to direct you around Cities you’re not familiar with.

Another, more traditional navigational app on display was ‘NaviMaps’. I didn’t use this App but I was informed this works well when used whilst driving and also walking through Cities.

The most impressive integration of Audio AR for me was the partnership with GolfShot, the GPS tracking golf app used by golfers to navigate around a golf course. The existing App gives you the relevant information (distance to flag, recommend club choice etc) via your smart phone or tablet, however getting your phone out of your pocket or golf bag every time you take a shot isn’t ideal. By providing these instructions via audio cues it removes the need to keep checking your phone, a very elegant and ”frictionless” use of the technology. 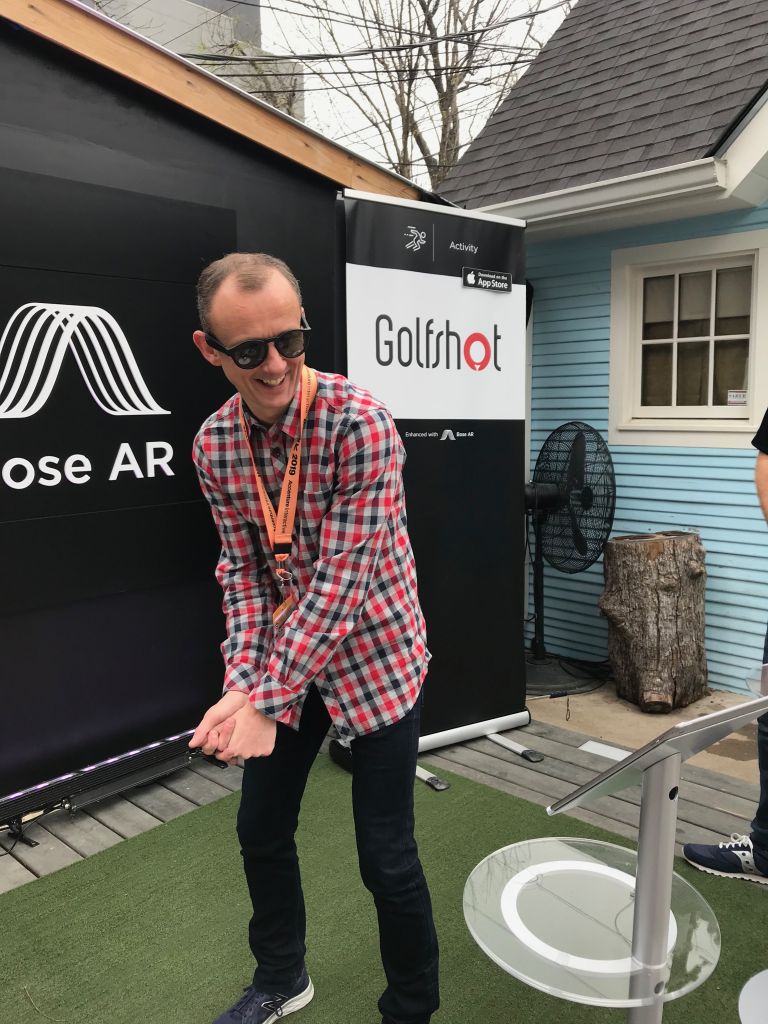 This experience struck me so much I was keen to find out more so I headed over to a talk entitled ”Listening to the Future of AR” where the VP of Bose, John Gordon was joined by Ian Fitzpatrick the global head of digital content at New Balance. Ian commented; ”We are quite attuned to using our ears when doing other tasks i.e. wearing headphones, listening to the radio whilst driving, walking, running. Therefore, Audio AR is frictionless”. I must say, I have to agree.

My next stop was at a talk entitled ”RIP Websites; The End is Nigh”. In this talk Alex Spinelli (Live Person and formerly Amazon Alexa) discussed the fact that websites and apps don’t work. Quite a powerful statement, but he backed this up by showing that only 16% of global sales happen online and Amazon account for 8% of those. He went on to say ”For most businesses creating a website is more expensive than any ROI they get. Most online businesses are failures”. 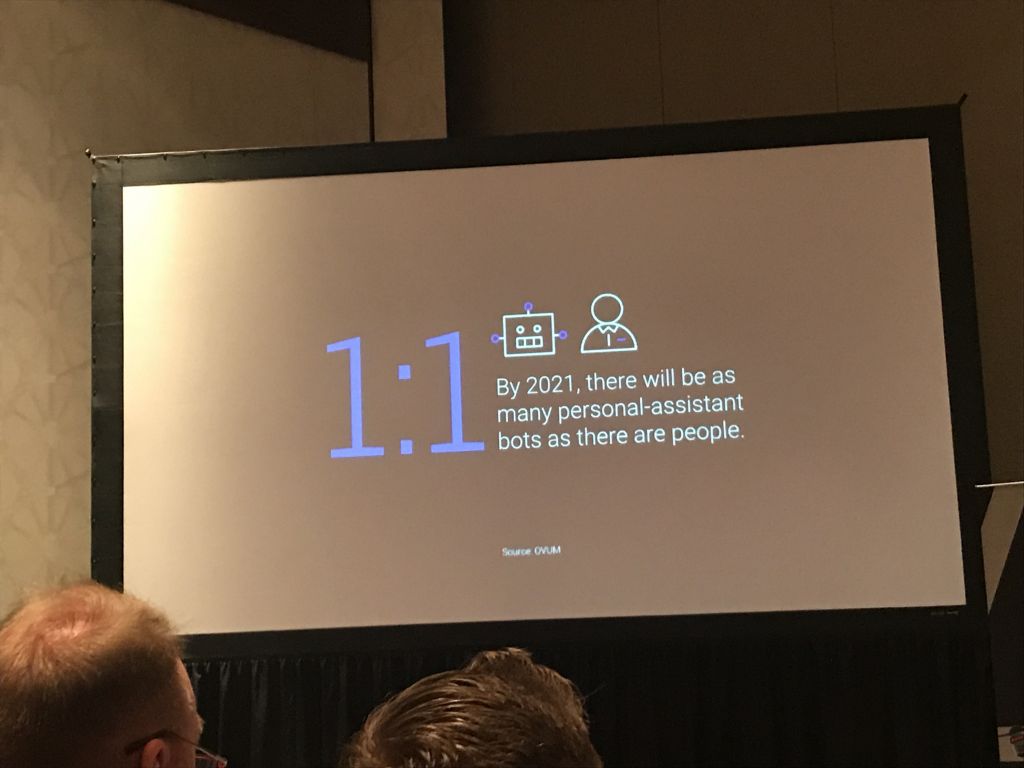 Wandering around SXSW you stumble into some surprising events and demos and that’s exactly what happened when I came across the ”DELL Experience”. Not being a huge PC/Windows fan, I didn’t have any raised expectations when entering their ”experience”, and on the whole, I was right. They had a lot of heavyweight PCs and laptops doing ”PC’ things” gaming, gaming and errr VR gaming. However, as I was walking around the exhibit a talk was happening about using AI for creating music. This piqued my interest so I stood and listened about how, using a website called Amper, you can select a genre of music (Rap, Pop, Rock, Folk etc.), the mood (happy, angry, sad), length (2 minutes) and the AI engine will create a unique piece of music which is royalty free. The track can be tweaked to add or take away instruments, change the tempo and even put a live vocal to it. Within 5 minutes of starting a new song and using recommendations from the audience on genre and mood (and a participant from the audience who added his own human beat box), generating lyrics from a website they produced a live performance of a brand-new song. Personally, I found this pretty mind blowing the fact that 5 minutes previously that song didn’t exist and now it could be released as a single or added to the soundtrack of a movie.

My final talk of day 3 was titled ”Making Great Work is Never Enough” and was in fact 3 talks. The first of which probably had the most controversial slide of SXSW ”Creative Agencies Are Fucked”. The talk was given by a lady called Emily Goldhill from Livity who also stated ”Brands can do what you do, you are redundant”.  Her point was the fact that agencies who don’t have a purpose and believe in what they are doing, will not survive. She went on to say ”Don’t be afraid to say no (to your customer), they will respect you for it and you will become a partner not a supplier. They will come to you for more advice”. I couldn’t agree more, and it made me proud that our business has some clearly defined beliefs that we all stand true to.

Stay tuned for our next and final instalment of Eon take SXSW.