For my first experience of Hull’s year as UK City of Culture I went to an event in January curiously called ‘The Space Day’ which was hosted in association with the BBC Academy.

Although it may sound like it was focused on outer space, it wasn’t. It turned out to be an interesting discussion about digital engagement in the arts and how the two work in tandem.

The talk itself wasn’t exactly what I thought it would be though. The biggest issue being that the event centred on was teaching artists about the basics of digital, rather than how to enhance digital processes beyond those that one might already have. This said, there was an interesting discussion about later events that would take place during the second phase of the City of Culture festivities.

Fast-forward to March and one of the said events has begun. Named ‘Flood’, it’s an ambitious four part drama about an apparently dystopian world, with a story surrounding, what I’m guessing, is a flood ravaged UK. What makes this piece interesting to me, is that it converges different types of media to create a whole narrative.

Firstly, part one can be found on You Tube – see above, this is the ‘digital’ part (in so far as it can be viewed online). It’s a beautifully shot short film with a dull undertone. The short film adds little in terms of exposition, but it builds a sense of abandonment with the lonely fishing boat, a man struggling to write a letter (perhaps to a loved one back home?), a young fisherman left to it by his senior and a lack of fish, as though they’ve abandoned the shores. It really is a dismal set up, with claustrophobic camera angles and dark colour correction. However there does seem to be a mystical hope to the drama, when the fishermen stumble upon Gloriana. 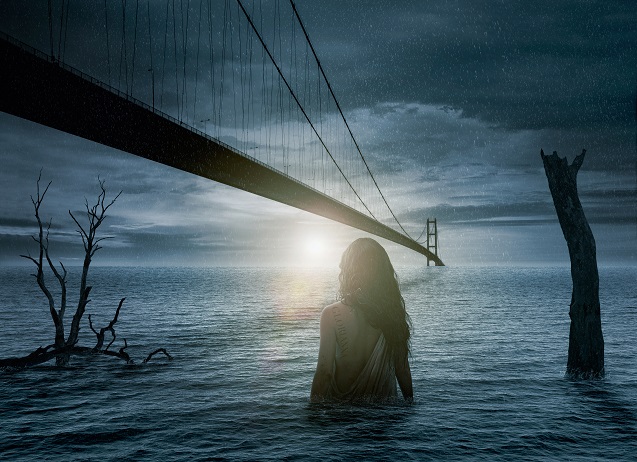 Now I won’t spoil the whole thing, but there is a great deal of mystery surrounding the next three parts (which I am looking forward to exploring). These parts consist of two live performances around the Hull area and excitingly the final part is set to air on BBC One. The beauty of these formats are that they are accessible to all the people of Hull and not a select few, with the two live performances taking place within non-theatre spaces. This ensures that the often pretentious nature of theatre is stripped away and that families can enjoy affordable entertainment that hopefully offers a deeper meaning about bringing people together.

However I do have my doubts and reservations about the legacy of a dystopian piece of art, especially when the people of Hull tend to have a negative perception of their own city. My main worries are; will the story be told in a family friendly way? Will it scare people? Or will it paint the Hull area in a bad light? The story ultimately needs to be heart-felt and hopefully it will show the people of Hull in a positive-light, even though there are dystopian undertones to the series. I guess only time will tell whilst the plot unfolds across Hull…