As one of the UK’s largest supermarkets, Asda are always on the hunt for techniques to improve the store experience for their customers. With the grand opening of one of their new flagship stores in Patchway, they sought the opportunity to reveal the new store in a whole new innovative way; and that was where we came in…. 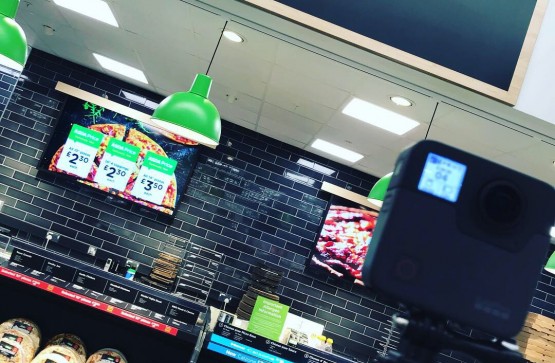 They wanted to create a 360° virtual tour of the store, that would reveal the new sushi counter, takeaway pizza counters, revamped George department, equipped with digital modelling screens, and a modernised cafe area that operates like a restaurant, inclusive of a whole new menu! The immersive tour would be revealed to the media prior to the grand opening, giving viewers a sneak peek of the stores modernised look and feel.