I have a confession; my research before attending the recently opened Humber Street Gallery to view the COUM Transmission exhibition was minimal, OK I’ll be honest, it was non-existent. So when I arrived at the gallery with my wife and 5 year old son, on a wet Sunday afternoon, I was greeted by some very worried looking faces. First we bumped into some friends, who were relaxing in the welcoming café area. At first they smiled then looked down at our 5 year old and said ‘you probably want to take it turns to view the second floor’. We were then approached by a ‘scandalous blue’ coated volunteer who made it very clear the exhibition was ‘at the viewers and adults discretion’. This got me intrigued. What could be so alarming? 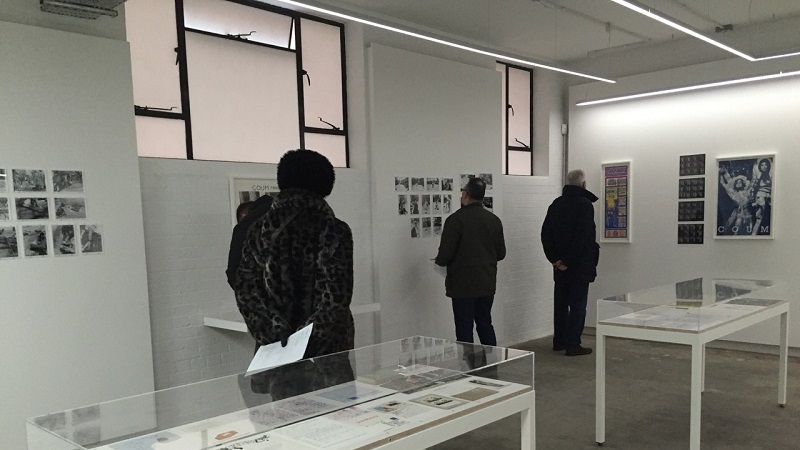 We made our way through the café area into the ground floor space which was our first interaction with the exhibition. The ground floor space had been taken over by Plaster of Paris models of body parts, mainly lower body parts, in various provocative poses that had had cigarettes placed in the various orifices and crevices the human body has. OK, I thought, a bit weird, but not as alarming as our friends or the volunteer were making out. The most disappointing thing for me was the quality of the art, in my opinion it was poor. 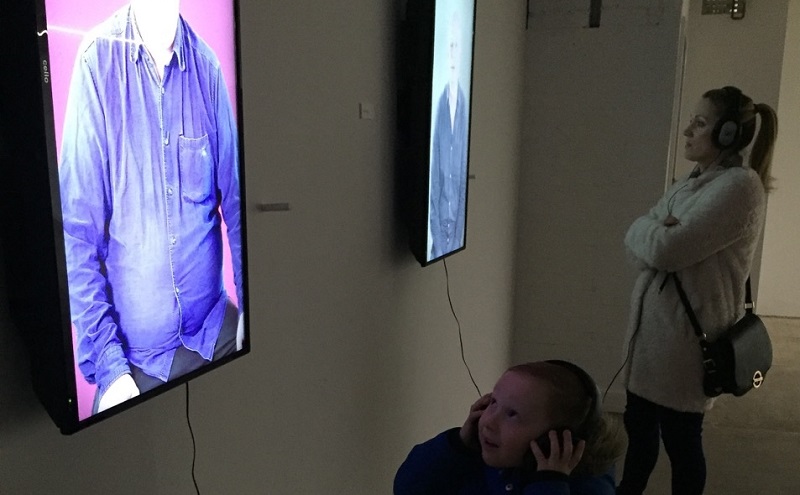 On to the first floor. We were greeted with an industrial gallery space filled with large TV screens hung in portrait adorning all of the walls. This is more like it, I thought. We walked towards the screens and all them had a different talking head. Each of the screens had headphones so we duly popped these on. It quickly became apparent that the talking heads were members of COUM re-telling their tales of artistic endeavour. Some interesting stories but not the most stimulating piece of art I have seen. 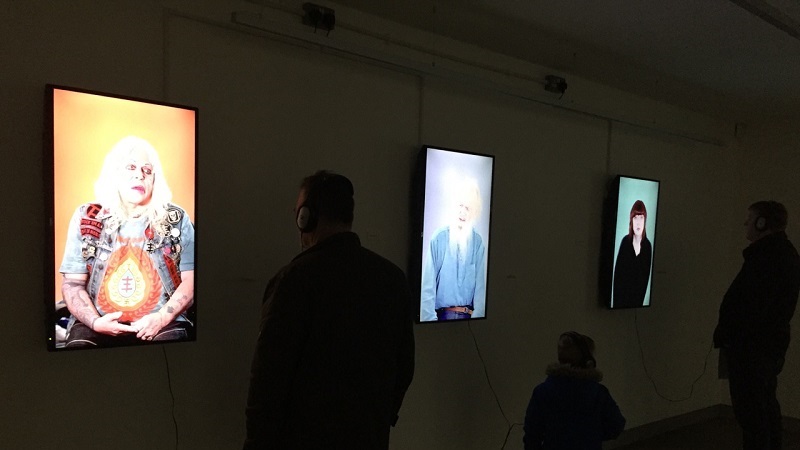 We proceeded to the second floor which is where things started to get a bit, well, pornographic. (The COUM logo should’ve been a give away really) After a 15 second assessment my wife said ‘We better take this in turns’ so off she went with my five year old son to check out Dead Bod, who is installed in the excellent café area downstairs.

I proceeded to look around the exhibition which was a mixture of newspaper clippings, photography & video showing ‘performance art’ and various sex objects. Reading through some of the newspaper clippings, the Prostitution exhibition held at the ICA in 1976 had caused quite a stir, leading one Conservative MP to describe COUM as “the wreckers of civilisation”. I can imagine that in 1976 the sexual nature of the imagery and performances had caused quite a stir, but looking at it now in 2017 it all just seemed rather pointless. They were deliberately trying to shock by being controversial, explicit and provocative, which begs the question, does this make good art? In my opinion, no. After perusing the exhibition for 20 minutes I was thoroughly bored and very disappointed and decided to take over parenting duties, visit Dead Bod and enjoy the wonderful coffee and brownies the café had to offer. 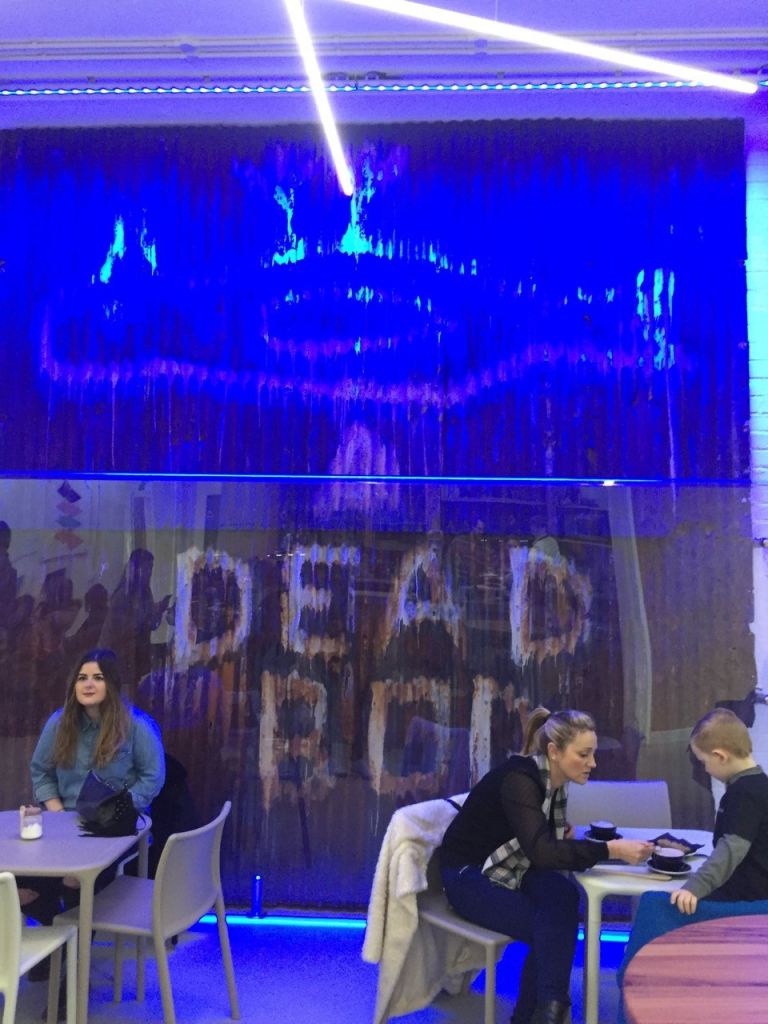 Later that evening I was tucked up in bed reading a book titled ‘The Purple Cow’ by author Seth Godin. The chapter I turned to was called “When outrageous isn’t always remarkable”.